There is a Korean singer called Kim jang hoon.
He has collaborated with Psy for many years.
He is known for political, social distribution and known as a
singer who is a "angel of charity". 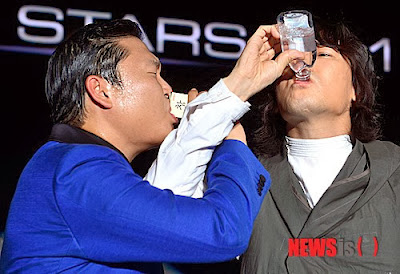 He has gave away 159 million man won to the poor people.
Many Koreans think of him as a strong minded and
kind man rather than just as a singer.
25th of October is a day of celebration for Dok-do.

Kim jang hoon is going to carry out the concert in
New York because he felt angry about what the Japanese people did.
He started a funding event with Koreans in order to collect 100 million dollars.
Because of this, his concert in Japan which was planned was cancelled.
Was it hard for the Japanese people to take in?
But the concert will shine in New York.
Korean politicians, economists, socialists and
celebrities and ordinary people have participated in the event.

One million dollars will be collected quickly.
The quality and fun of the concert will spread all over New York.
And I hope that the fact that Japanese comedy about
Dok-do(Liancourt Rocks) was fun but false and that Google should rename Dok-do on its map.


Jonas Brothers are very popular amongst the people in the US.
But the reason why they became famous in South Korea is
because they collaborated with the Wonder girls
and not for their singing or dancing skills.

There are three main record companies in South Korea.
SM, which produced the Super junior, Girls generation and Dong bang shin ki.
YG, which came up with Psy, Big band and 2NE1.
JYP, which discovered the 2PM and Wondergirls.

The Super juniors were ranked in the top place in Taiwan for
121 weeks and 7th place for the most selling records.
On the year 2012, Psy was ranked on the 2nd place for the song,
Gangnam style which he produced and sang.
Dong bang shin ki, are recorded the Guniess book for
having the most number of fans in the world.

Such as this, numerous Korean singers are doing well
abroad without much difficulty in South Korea and around the world.
But the girl group, Wondergirls were very popular in
South Korea before they started perforiming in the U.S
after taking a rest from singing in South Korea. 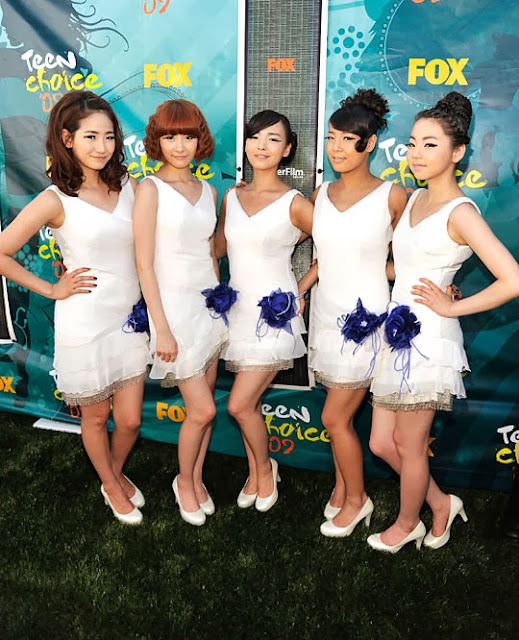 They were the first Korean group to have been ranked in the
most popular 100 singles of the Bilboard charts since the year 1980.

Then, the Jonas brothers became known in South Korea.
Even though, Koreans do listen to American music,
they listen to Korean songs more.
The Korean music market, music is called the K-POP.

Most of the people who live in the
Asian area already know the meaning of the phrase, K-POP.
You can hear the song, Tell me or Nobody in anywhere in Asia.
The Jonas brothers are not as popular in the US as they are in South Korea.
How many of the Americans would know about how the
Jonas brothers became popular in
South Korea or Asia because they collaborated with the Wondergirls ? 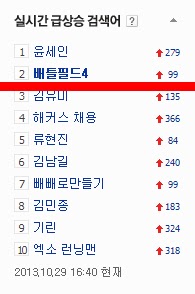 Whereas, many internet users of the US use the website called Google,
only 10% of the Koreans use it and over 70% use a Korean one called Naver
and by becoming one of its highly ranked key words,
Battlefield 4 is becoming more popular.
The game Battlefield 4 us a game of battle and action of a good quality. 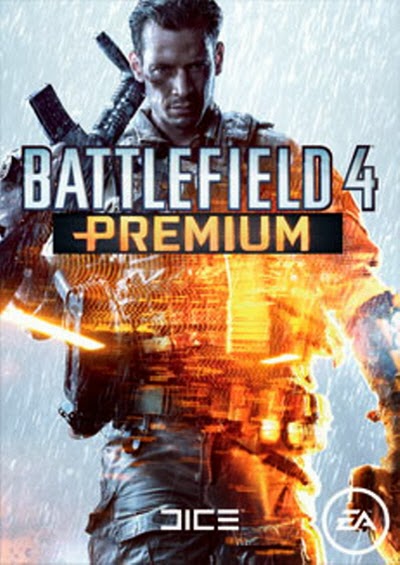 Korean gamers have won the first,
second place often in international game competitions for over ten years,
the pro gamers of the hit game of Blizzard called Star Craft are cases of this.
A Korean gamer of the game Starcraft
who had never won won the first place in the game league of North America. 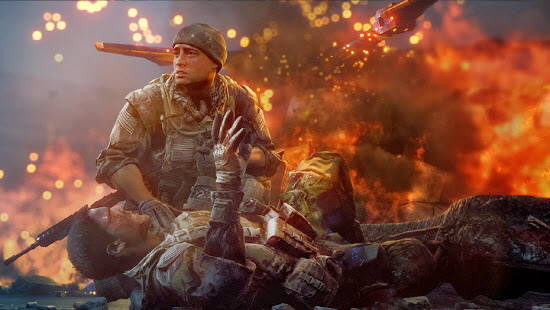 The gamer of opposition used the skill of map hacking
lost 2:0 to the Korean gamer was in the hot topics.
I think that the game Battlefield 4 will also be a hit in South Korea as well as US.


If you think that you are a winner of the game Battlfield,
expect some competition from the Korean user!
On the bottom, you can see the video of the song
of an American praising a Korean gamer which was of 226 ten thousand views.
In the song you can hear the word ‘Bownja’
from time to time, this means “good” or “wow”
like the Gang nam style of South Korea.

Email ThisBlogThis!Share to TwitterShare to FacebookShare to Pinterest
Tags Battlefield 4


Do you wanna know Gangnam Style Lyrics ?
I`m Korean. almost koreans know that.
Let`s follow me.
You can be a star in korea and other party place !! 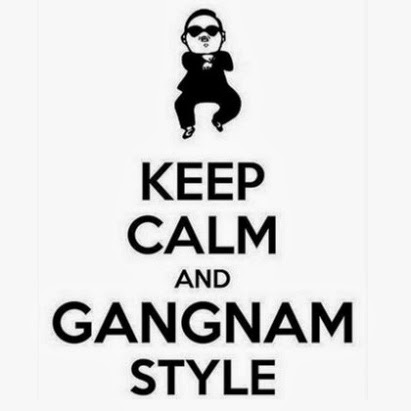 We can give you free gift


We can give you free gift

Full Korea is a blog which lets its viewers know about
fair, true, in depth information in a way which is not dull but in a friendly way.
South Korea, is full of more stories other than Gangnam style,
Samsung, LG, North Korea and K-Pop.

Countries which are nearby South Korea such as China and Japan
are very interested in Korean culture.
South Korea is the first country which you should know about
before you want to learn about Asia.

If you are interested in South Korea,
have shared an article which has been posted on the blog,
fullkorea.com on your blog or SNS,
we will give you a small gift (up to date till~2013/12/30)

We would like to give you a bookmark on which a traditional pattern is drawn on
which contains (24K) gold.
We will ship it free internationally.
All you have to do is just wait for it to be delivered to you.

Write the URL of the article you wrote,
choice number and necessary shipping information in the comment box
(your name, address of the country you live in, phone number) .
If there is extra information which is needed,
write it all in order for your gift to be sent efficiently. 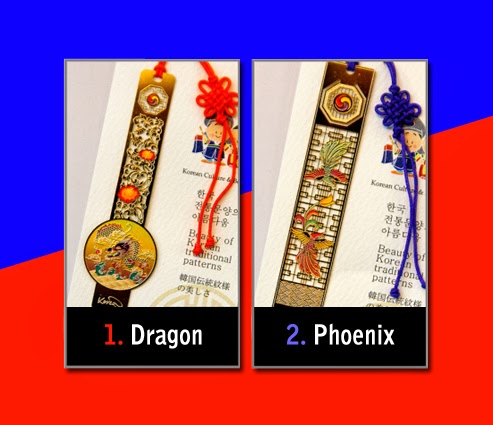 1. Dragon :
In stories and legends, a dragon is an animal like a big lizard.
It has wings and claws, and breathes out fire.

2. Phoenix :
A phoenix is an imaginary bird which,
according to ancient stories,
burns itself to ashes every five hundred years and is then born again.

The bookmark of Korean pattern which is of
Asian culture and tradition will shine in your hands.


All of the Korean regions are named in Korean.
The name of its capital is Seoul, the name of the largest port city is  Pusan,
the name of the area of political administration is Sae jong.
There has never been a case when an Korean region has been named in other language than Korean.
So, why is Dokdo, which is a Korean island named Liancourt rocks?
There’s a simple reason for this, its named this way because of mark of error.

The Google map indicates which land belongs to which country by using a full line.
The full line which points out from Oul leung do,
a Korean island is so thin that the place which it points to cant be seen easily
but it points to Dokdo. You have to expand the map in order to check this.

Most Korean people don’t call Dok do the Liancourt Rocks, don’t know about this.
Korean people often call America ‘M-kook’ and France ‘Bool ran seo’ as Korean slangs.
But Korean people do not say that America is ‘Mi-kook’
or that France is ‘Bool ran seo’ when talking to foreigners.
All of the Koreans know that hat type of way of calling these countries is only used in an
Korean environment and
isn’t suitable for abroad uses.

Google is an global service.
The mistake of naming a piece of Korean land to a name of a French boat should be taken back.
But I’m only an blogger who uses the Google sevice who doesn’t have a great deal of effect.
If you are interested in this, I hope that you will post or share this on
your blog or SNS to let the wide world know about it.

Samsung invests a great deal of money on the
U.S. According to the results,
Samsung electronics apparently puts in about three billion, three hundred dollars
than Apple. The company signed a contract of worth of twenty thousand dollars
with Jay-z for its collaboration with him.

Perhaps because of the effect of the marketing,
on this may, the, the number of the sold galaxy phones outran the one of I-phones.
An journal article was written about
whether more people use the smart phones of the brand of
Samsung than I-phones or not and the result was that
smart phones of the Galaxy series were more widely used.
Apple sued Samsung claiming that it imitated their I-phones

Even though Apple exceeds in the U.S, Samsung does in
most of the countries except the U.S
such as (Germany, The Great Britain, Japan and the Netherlands).
The scam of the attempt of the U.S in covering up its company’s
mishaps had become very widely known in South Korea and covered
the headlines. The fact that the Samsung electronics,
a Korean company is outstanding Apple is a fascinating thing.


Psy is an Korean singer.
He released his first album on January of the year 2001.
The lyrics most of the songs which he included in the album
were the ones he wrote himself.
He has worked with Yoo Gun hyueng,
who was an member of the dance group ‘Untitled’
when producing his albums since the year 1996. 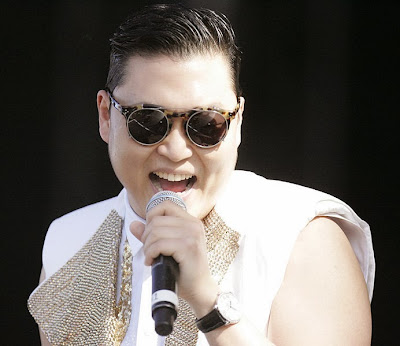 On the year 2012, the music video of ‘Gangnam style’
of Psy hit two hundred million views in just two months.
The song went on the Bilboard charts,
Psy signed a contract with Justin Beavers manager
from the year 2012. It won the first place in the combined
I-tunes singles chart and British I-tunes.
Psy also sold some of the lyrics he wrote to several singers.
The main examples of them are
Im Chang jueng’s Bye, Lee senung gi’s My girl, Seu In young’s Cinderella,
DJ DOC’s I’m this kind of person.
As PSy has said, all of the songs stands out from the
any old American pop song and is an
example of Korean ballad and dance music. 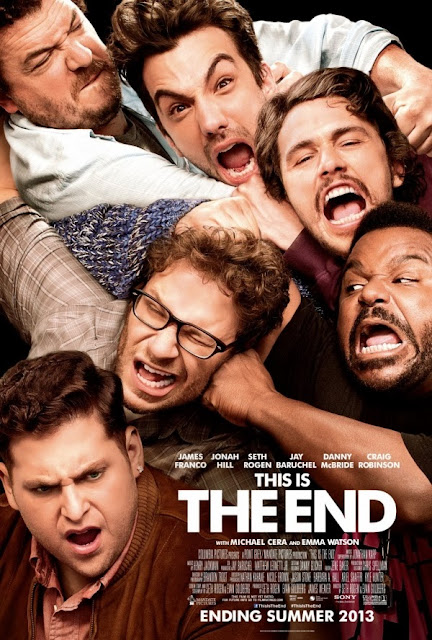 The lyric of Gangnam style and Gentlemen was written by
both Yoo Gyeun hyueng and Psy.
In the comic movie called “This is the end” in which famous film stars star in,
the song Gangnam style is included in the OST.
There is a scene where, everyone dances the horse dance,
have a fun time and the song left a strong impression as well as the song
called ‘Everybody’ which is sung by the Backstreet boys.

Psy, a Korean singer is expected to release a new song
which is a following song to Gangnam style and Gentleman.
He has said that he doesn’t care that much about the rankings
of Bilboard charts or the effects it has and it makes me more
expectant to hear his new song of Korean culture.

Do you know LA Dodgers ?

this team is very famous at almost korean.
because Korean Monster "Ryu" is playing in Dodgers.
Ryu is 3 starters Pitcher in Dodgers.

we are looking forward Ryu`s 7th play with ST.Louis.
But Clayton Kershaw was lose by st.louis cardinals.
we cant watch Ryu`s play.
if Kershaw was win. 7th game pitch starter is Ryu.
it`s so a pang, twinge of regret.

anyway. Kershaw was lose ..
we have to wait next year.