There are American soldiers who get a salary from Korea.
American soldiers have done some several preposterous behaviors in Korea.
Even harassing Korean women sexually in subway or
causing a disturbance on night streets doesn’t come out on the news.

When I look at these stupid ruffian American soldiers,
it feels like smelling rotten chesse.
A week earlier, one American soldier shot a gun, while driving a car on the streets.
This happening is introduced 100 times minimum on
every Korean media and major TV news
and internet news and came to the spotlight.
What’s more surprising was that
he did not act alone but he was with his wife(American woman) while doing it. 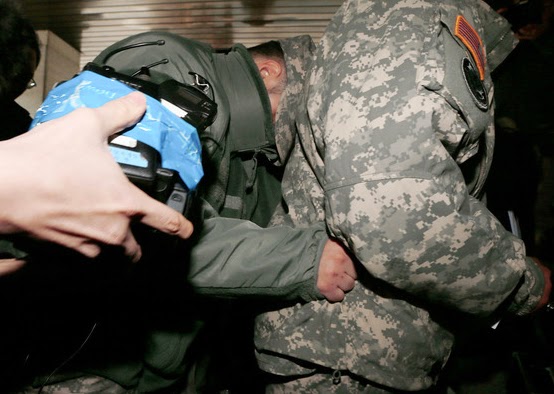 The US Army high-ranked officials are making a formal apology to Korean people on the TV,
But Korean people are getting sick of that kind of behavior now.
How could they do such things like that? –and they did this as couple!
I think it’s one-moment to become stupid like once became impoverished.
Absurd behaviors of American in Korea which is top 10 economic power in the world.