Have you heard of THAAD?

Have you heard of THAAD? It stands for Terminal High Altitude Area Defense, an anti-ballistic missile system that the U.S. is planning to use as a protection against North Korea's growing nuclear threats.

The purpose of THAAD is to shoot down North Korean missiles that target South Korea's densely populated areas and core infrastructures. South Korea and the United States agreed to install THAAD in South Korea's U.S. military base by the end of 2017. To be more accurate, the U.S. decided to do so... I am disappointed with Korea's diplomacy, as the deployment of THAAD is angering China.
China is located right above the Korean peninsula. Many Koreans are concerned that the installment of THAAD could deal a blow to the nation's economy. In fact, Korea's casino and travel-related stocks have dropped by 3% as a result of the upcoming THAAD deployment.

A majority of foreign tourists in South Korea are Chinese. Deploying THAAD will adversely affect not only the diplomatic ties between Korea and China, but also jeopardize Korean citizens' everyday lives, as we cannot disregard China's influence on Korean
tourism industry and economy. Would it be possible to deploy THAAD without facing these negative consequences? For South Korea, THAAD may be a defense mechanism but in the perspective of China, it could be seen as a threat. 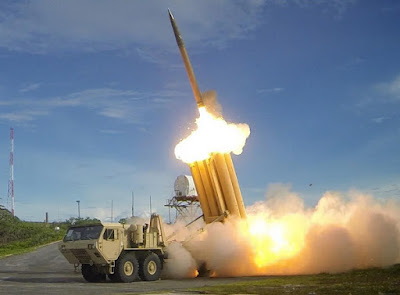 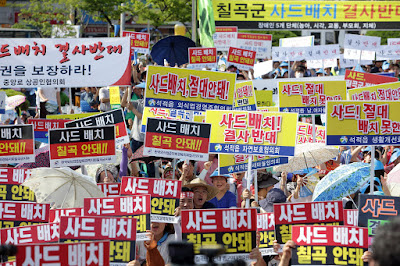 Email ThisBlogThis!Share to TwitterShare to FacebookShare to Pinterest
Tags THAAD 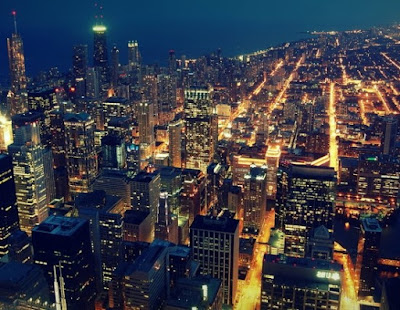 Such is the life for many Korean workers.
It is hard for them to eat dinners with their families.
South Korea achieved a rapid economic development
within just a few decades.
However, the disparity between the rich and
the poor in Korea is one of the highest among
the OECD countries. South Koreans worked very hard,
but they failed to distribute
that wealth evenly.

The only way South Koreans could overcome the imbalance of
incomes was to work hard and receive financial compensations.
These people's hard work was what propelled
South Korea's economic development.

The nightscape that you see above is a
result of these people's labors.
No comments: