Republic of Korea is the one of largest economies in the world according to the data reported by IMF datum line with GDP in 2019. It means countries richer than Korea are only USA, EU, China, Japan, Germany, India, UK, France, Italy, Brazil, Canada and Russia. It’s quite impressive that such remarkable countries like, Spain, Australia, Mexico, Swiss, Poland, Netherlands are in lower economic status than Korea.

Korea has the 12th largest economy in the world. But ironically only Koreans are not recognizing it. They wouldn’t like to accept their country is the economic power with complains bursting out the negative sides of their society like high suicide rate, working until late night, the gap between rich and poor, low birth rate.
They look like are totally blinded to see their society’s merits such as high capability of contents production, possessing global enterprises, qualified education level, favorable safety, sexual fairness, etc.

Koreans are prone to remind their dark sides. It’s not very understandable and regretful situation.

If we turn our eyes to people in other countries we can find out they’re bragging on their merits to others but no any chance from Koreans.
Are you a Caucasian (white)? You must come to Korea and learn our language. Korea is the world’s 12th economic power.

You can earn much better here than your country. You can possibly be a TV star if you’re with any luck. Besides TV star, at least you can live in a country richer and more fascinating than yours and you’ll be valued much better here.

I think some Caucasians (whites) already know this but hope it to be engraved in their mind that Korea is full of severe flunkeyism. They’re fond of foreigners but are reluctant about southest Asians. Being fluent in English will be attractive point for you but speaking only Spanish would be enough to be popular. Anyway, if you‘re good at Korean language, TV Star will be your new status.

Koreans are engrossed in checking out “Foreigners’ reaction’, ‘Reaction from foreign countries’ after watching Korean news. When Chinese shout ridiculously in public space, they’ll be regarded as lame by Koreans but when Americans did the same, that’ll be regarded as enviously liberal expression.
Let’s say, a Chinese girl showed up only in bikini around at Han River. It’ll be regarded as some cultural shock or conflict but the point of view will be totally different in case of an American turn to be like ‘We also need to learn such liberal mind!’
You know what? This is Korea.

Korea has the globally famous brand LG. There’s an earphone item advertised by a foreigner false named as ‘A’. LG picked him as a model of that item because he was known as fluent in Korean and had been hosted in Korean cable TV shows several times. 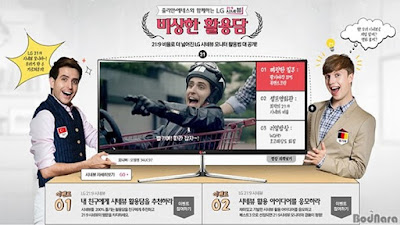 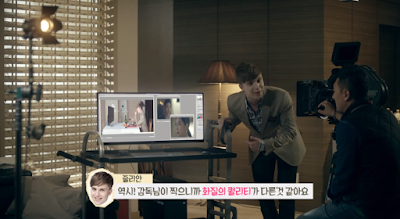 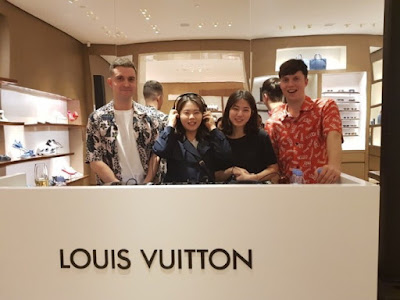 The Caucasian (White) guy ‘A’ just commented that he does DJ in some free times then he was turned out to be a so famous earphone model of LG. The advertisement included kind of slogan ‘LG earphone was even recognized by A.’

'A' was, just normal business man in his country. but he is entertainer, celebrity & TVCF Star in korea.

You have to try this various flavored candy which is full of flunkeyism, 12th largest economy in the world and highly safe country you can walk at night.
I hope you could enjoy the merits which were abandoned uniquely by Koreans.
By the way, such an opportunity will be opened only while Korea is full of flunkeyism but the period might not be closed so soon. I guess it’ll be lasted at least for 100 years.